As I’m sure you’ve heard some way or another, June is pride month. It’s a time for those with unique sexualities to be celebrated and acknowledged. In the world we live in, this can be a difficult time for Christians who are trying to spread the Word of God. Everyone knows what the Bible says about homosexuality and it seems nobody wants to hear about it. How, as Christians, can we spread God’s truth to the LGBTQIA+ community in an effective way?

When it comes to speaking on homosexuality, Christians have a thin line to walk. The way I see it, there are three main approaches you can take. You can have pure hate for gay people and/or acts, you can hate the sin but love the people, or you can apologize for your beliefs and indulge in sinful behavior.

When preaching about homosexuality, it’s important to remember to keep your love for people and your hate for sin separate.

Do you remember learning about cross-contamination in science class? It’s a bit like that. The definition is “the process by which bacteria or other microorganisms are unintentionally transferred from one substance or object to another, with harmful effect.” When talking about/to the LGBTQIA+ community, don’t let your hate for sin contaminate your words in a harmful way, because that doesn’t help anybody. This brings me to the hateful end of the line, where we see Stereotypical (in the world’s eyes) Christians.

Some Christians see homosexuals and are filled with rage at their blatant sin. These are the people you’ll see at pride parades waving angry signs and screaming that the attendees repent. This isn’t really effective, as it not only pushes the ones you are trying to reach away, but it gives Christians a bad image. Unfortunately, that image is the one the media uses a lot when it comes to Christians and the LGBTQIA+ community. A very recent example is Taylor Swift’s new music video, which features angry crowd bearing signs with messages such as “Adam + Eve NOT Adam + Steve” and “HOMASEKUALTY is SIN!”. With the clear Bible references, it’s safe to assume this bunch is supposed to be Christians. With their painful misspellings and run-down appearance, it’s clear the world thinks we are ignorant and old-fashioned “hillbillies” if we don’t agree with homosexuality.

It’s quite clear that hate is not the route to take. To avoid being hateful, other Christians have taken to condoning and loving the sin and person as one.

In an effort to avoid the hate that ultimately pours on those who don’t agree with homosexuality, many Christians have adopted an apologetic attitude. I’ve heard people apologizing to members of the LGBTQIA+ community for things the Bible says about homosexuality, some going as far as finding ‘loopholes’ that give being gay the green light. This is a great time to practice the saying ‘love the sinner, not the sin’.

“All Scripture is God-breathed and is useful for teaching, rebuking, correcting and training in righteousness,”

That goes for Leviticus 18:22, too. When someone apologizes for something, they are admitting a wrong. As a Christian, shouldn’t you abhor the idea of suggesting that the God of the Universe was wrong?

What would Jesus do? Yes, it’s a bit cliché, but for good reason. Jesus surrounded himself with sinners because they need Light most of all. Immerse yourself in the world, but be careful to not become a part of it; be like oil in a glass of water.

In John 8:3-11, an adulterous woman is brought before Jesus. The people eagerly remind Him that the law states she should be stoned for her sins. Jesus, as I’m sure you know, declares that whoever among them is sinless may throw the first stone. This is just one of many Bible verses that show how we are to treat sinners, which is with a do not judge attitude.

Jesus lived a Godly lifestyle; He preached the truth even up until his death. In Matthew 19, when a rich man decides he doesn’t want to follow Him, Jesus doesn’t lash out. He doesn’t force him to come with him or to change his ways.

Jesus lived out the will of God. He planted billions of seeds, and yet He didn’t obsess over those he planted. He left them to grow (or not) in their own time and way. The saving of a soul is something between God and the individual.

When it comes to you and the LGBTQIA+ community, remember that Christians must always show the love of God to everyone. We should love our queer friends as children of God (because they are!) in public and pray for their sin in private. The LQBTQIA+ community knows what the Bible says (I’m sure they have it quoted to them millions of times), and Christians know that screaming Leviticus 18:22 from the rooftops isn’t going to turn everyone straight. As a follower of Jesus, you don’t need to spout scripture 24/7 to the unrepentant; simply live the life of the godly man or woman that you are. Let your light shine and watch the seeds you’ve planted grown in their own time.

To any member of the LQBTQIA+ community that may be reading this: I love you regardless of who you love. Just as I don’t expect you to change your life based on my views, I thank you for not expecting me to change mine.

3 Replies to “How Should Christians Respond to the LGBTQIA+ Community?”

Want to help this author? 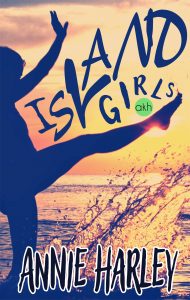 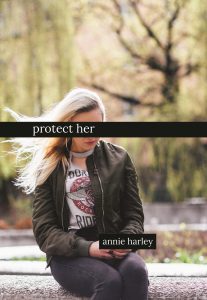